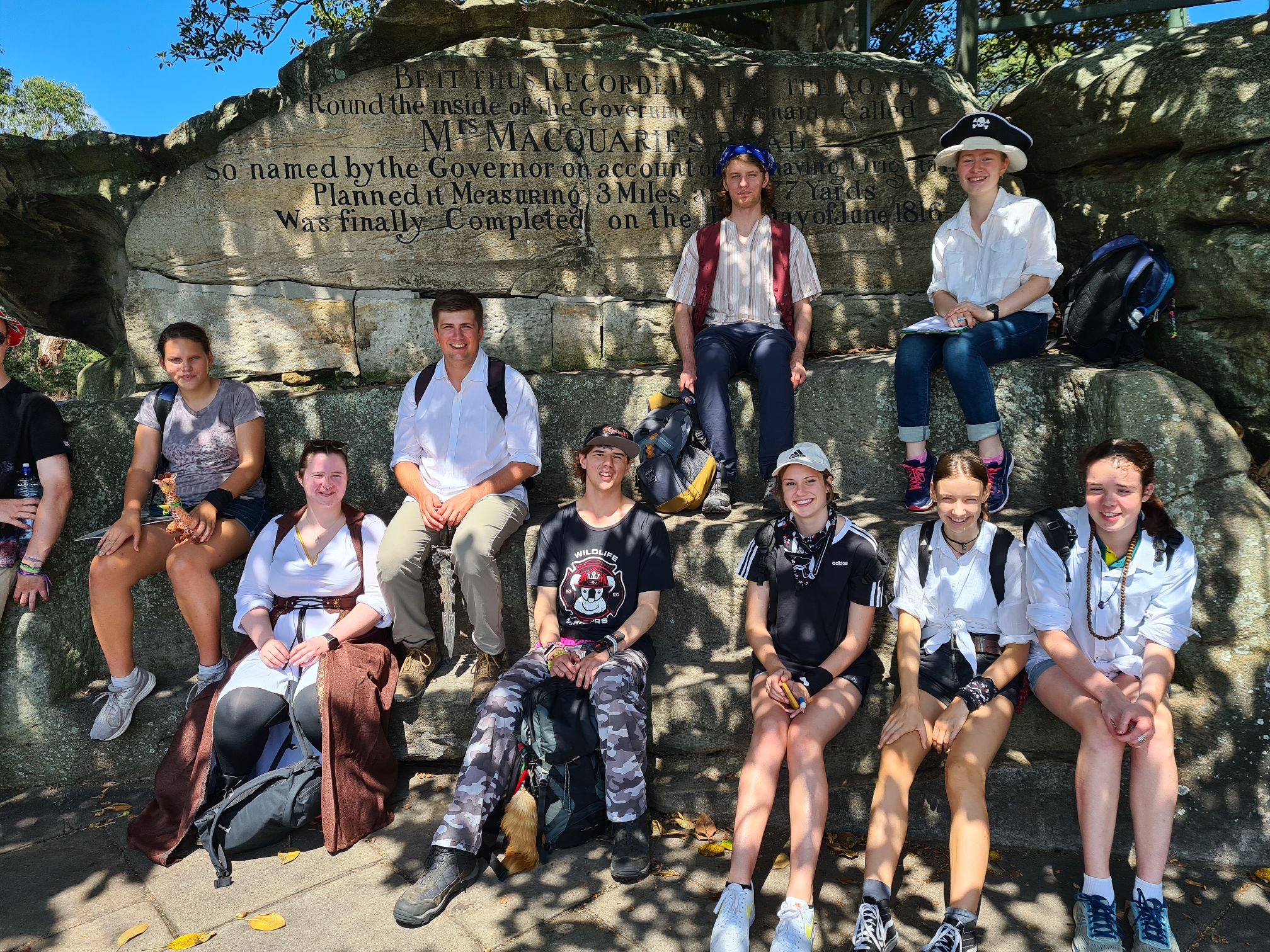 I know what you first thought when hearing the idea for this year’s Roventure. “Voyage for a Vaccine”… what even is that? It’s not a camp anymore? How will any of this work? And yet, this wacky, wild idea somehow turned into one of the best Roventures anyone had been to in a long time (according to the participating Rovers and Venturers themselves!)

On Sunday the 28th of February, approximately 150 Venturers and Rovers from around Sydney North Region took to Sydney Harbour in search of the one and only: COVID Vaccine. Their voyage took them from Cockatoo Island to the city, then up north to Milsons Point and all the way east to Watsons Bay. Teams were required to complete difficult, exciting, and entertaining challenges on their journey, and had a lot of fun in doing so.

One of the activities (undoubtedly the best one of all) had “Crunits” (that’s a combined team of Venturers and Rovers) travel to the Botanical Gardens to meet the organisers, 2nd Gordon Rovers, who then led the teams through a series of challenges involving lots of Oreos and snakes. Throughout the day, the Gordon Rovers were greeted by excited, smiling groups, although there was the occasional team who were exhausted from running around Sydney Harbour all day. Comments from Rovers and Venturers that visited the base included “pretty sick day” and “very lit”.

Venturers really enjoyed “exploring Sydney city”, “completing the puzzles” and “getting to know the Rovers really well over the course of the day”. But everyone agreed that the best part of the event was being able to sabotage other Crunits by taking secret selfies with their unsuspecting group, creating some fun and exciting rivalries between the different teams. Roventure was undoubtedly an amazing bonding experience for Venturers and Rovers that will help to establish a closer relationship between these two sections in Sydney North for years to come.

However, at the end of the day, there could only be one winner, and a big congratulations to the Crunit from Forest Rovers and Belrose Venturers, who took out the win!!

But what if you missed out on this awesome day? Not to worry, we’re sure that Roventure 2022 will be just as incredible! Will the organising Crew continue the Voyage for a Vaccine theme? Or will they come up with their own crazy idea? Make sure to keep in touch with your linked Rover Crew and stay tuned for more info coming later in the year!

Charlotte is the Assistant Crew Leader at 2nd Gordon Rovers